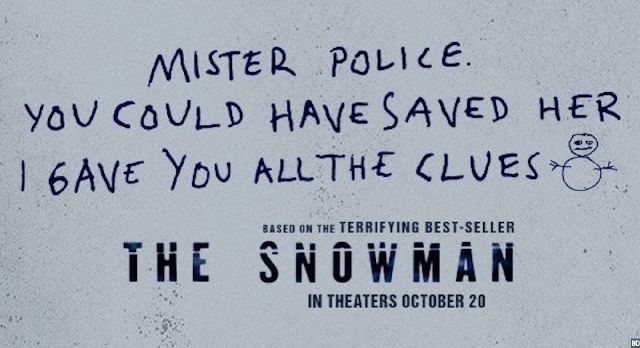 Just saw ‘The Snowman’: Do You Want to Kill a Snowman? conclusion: 3/10. I don’t even know what to say, it’s baffling. It’s like half of a great movie, but it’s missing the half that allows the rest to make sense or be any good. None of the characters’ motives make much sense and the story is nonsensical. Don’t see it. All I can say is that it can be intriguing, it’s well shot for the most part, and its laughable, stupid, pathetic ending make it somewhat watchable. #dontgetaheadofyourself #fatherdisfigured #dohisbidding #snowsbeforehoes