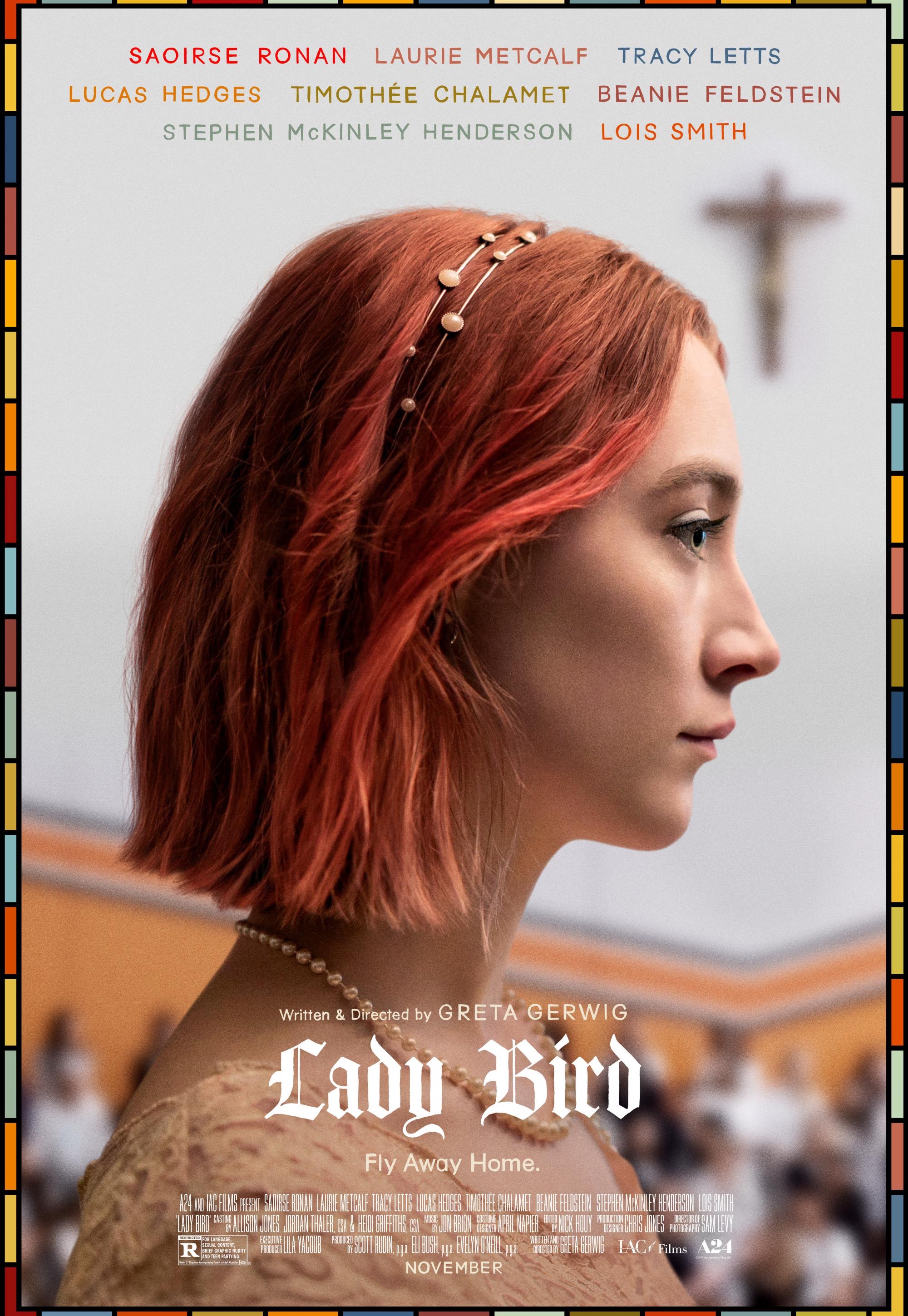 Just saw “Lady Bird: Flying the Coop.” Conclusion: 8/10. Poignant, charming, and frank, Lady Bird is a finely crafted, semi-autobiographical directorial debut from Greta Gerwig. At its best, the movie balances out the whimsical confidence of adolescents with the uncertainty that lies ahead. The titular character, Christine – who insists upon going by Lady Bird – has a strong self-identity. However, the strength isn’t in it’s lack of malleability. As the movie develops, we see how some foundations of her identity change as she negotiates her way through the twilight of her adolescents. She isn’t totally sure of what she wants and some of those strong points of her self-identity change. The movie does and excellent job of picking those parts of her apart and creating a vulnerable look at who she is. The dynamic between Saoirse Ronan as Christine and Laurie Metcalf as her mother is especially affective. It’s clear they’re both strong-minded women. The fracture in their relationship and struggle to like each other despite loving each other is handled deftly and feels particularly lived-in. While there are a few directions that didn’t quite work for me, I found it to be a rewarding watch. #JourneyToAlanis #ShesMorissetteInHerWays #NewAdventuresOfTheYoungChristine #BirdwomanOrTheUnexpectedVirtueOfAdolescents #EmpireStateOfMind

The pro critics are salivating over this movie, and I understand why. It’s deep, emotional, touching and very character driven but also well made. Saoirse Ronan delivers an Oscar nomination-worthy performance as a teenage girl just trying to figure this whole thing out. Being a dude, I can only assume many girls go through (and are still going through) things portrayed in this film. The rest of the cast did any outstanding job as well. Lucas Hedges was great once again and Tracy Letts (The Big Short) and Laurie Metcalf delivered a great performance as Lady Birds parents. This is not for people looking for wild entertainment and action. It feels a lot like Manchester By The Sea/Moonlight from last year (hence why I recycled the subtitle). My only real knock was the overall visual quality was a bit low. It appeared to be shot on real film, which I appreciate artists who still try to do this, but it loses a little bit visually for me (didnt help that we had to sit in the front row). But all of that aside, I enjoy a deep, emotional film and I think Greta Gerwigs debut as a writer/director was a real home run for her. I’m excited to see her next project.

I saw ‘Lady Bird’: Real World: Sacramento. conclusion: 7/10 (hats off). This movie is excellent in a few big ways. The writing and directing make the scenes genuine and they play out like real life. The characters are dynamic and interesting. And the film also does a great job at eliciting emotional in a natural way. Overall though, this movie won’t be for everyone, and it lacks something powerful; there isn’t a moment from the movie that I’m going to remember months or even weeks from now. #wearethe100percent#Sacramental #AngryBird #welcometoNewYork#ChristinedoesntwanttohostFamilyFeudanymore