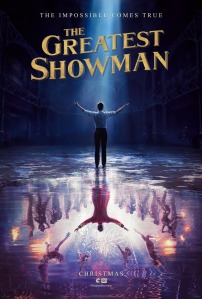 Just saw “The Greatest Showman: Reap What You Show.” Conclusion: 3/10. The amount of preciousness emanating from this movie is overwhelming. It’s a movie for the gentlest of people. None of the conflicts have any stakes and it lacks even a nominal amount of subtlety. It seemed like for every scene that was left in the movie, two were cut out. Very little about any of the characters or story is explained. The movie pretty much moves from point to point and it has very little interest in filling in anything in-between. The contrived nature of this movie really bothers me. It’s like, give the audience some credit that they don’t need to be manipulated by gushy and precious scenes to feel any sense of emotion for these characters. Despite its rather annoying storytelling, I thought the musical numbers – yes, this is a musical – worked fine enough and some of the set pieces were genuinely well done. When they’re not singing, I could have taken or left most of the performances. None of them embarrass themselves, but they didn’t have any room to grow into their roles.

Speaking of not growing into roles, I find it inexplicable that Michelle Williams was not allowed to cry in this movie. She was perfectly set up to be Crying White Lady but it never materialized. Not a single tear. (Okay, this part is just a joke.) #Madhattan #ButThatsNoneOfMyShowBusiness #InAllThingsCharity #LindAHand #TwoWheeler #PhilOfTheFewChairs #TheFamilyCircus

Just saw ‘The Greatest Showman’: It Was in Tents. Conclusion: 7/10. This movie is a lot of fun and the music is very good. The music and lyrics are top notch, and while the singing is not always amazing, it’s good enough. The song “Never Enough” is probably the best, but there are several really good numbers, and a lot of them have great choreography as well. The movie can be a little overly kid-friendly at times, and a darker version of this film probably would have been better, but there’s nothing wrong with being a family film with an encouraging message. Also, any movie that reminds me of The Prestige is a good movie. #itsatrapeze #controlfreaks #whosesideshowareyouon #Jennyforyourthoughts #tophatsoffcircusreviews

Saw The Greatest Showman: Thank You for Your Circus

The trailers for this movie made it look like one of those feel good, “nice” movies, and that turned out to be pretty accurate. The Greatest Showman had an audience in mind and I think they hit it. Those middle-aged ladies who like to go to the theater for a matinee with their Bible study friends will love this film. It has nice music and dance numbers and has the feel of a stage musical rather than a motion picture. That’s not a bad thing, just an observation. There isn’t too much depth into the life of P.T. Barnum, which I would have preferred. It just jumps into his success with the circus and sprinkles in a few conflicts here and there. I would have liked to have seen it go deeper into his life and struggles. Overall, it’s a cute show with lots of gushy moments. If that’s what you prefer, then you’ll like this film. #StorminShowman #HugeHackman #FreakShow #TentCity