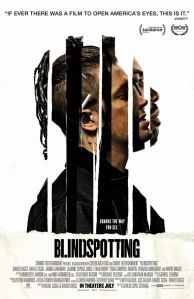 These are the types of movies I really like to go see. Movies like this ask very hard questions about the reality we find ourselves in. They also give a point of view that many people like me are not used to seeing. Blindspotting is hard to describe in a short review. It follows a young man trying to free himself from the criminal label while maintaining his personal relationships. The way they portrayed the characters was incredibly fascinating. The main character, a young black man, is consistently just trying to serve out his parole without any trouble while his best friend, a young white man, is consistently doing stupid things and getting into trouble. Their relationship and subsequent conflict makes for a very intriguing story. The final few scenes when it all comes to a head are very intense and gripping. In the end, you have an excellent look at race and the stereotypes assigned to them. Highly recommend seeing when it hits rental and streaming services. On a lighter note, the two main actors, Daveed Diggs and Rafael Casal were REALLY good together and on an individual level. I look forward to seeing both of them again.

Recently saw “Blindspotting” – A Parole New World. Conclusion: 8/10. An evocative, often discomforting, and sometimes funny dissection of racial dynamics within friendship and a community, Blindspotting is led by a star-making performance from Daveed Diggs – best known for his role in the musical “Hamilton.” Though it can be a bit on-the-nose at times, the movie is still restrained enough to know it doesn’t always have the answers. The humor is sharp and occasionally disarming. With several highly contentious and fraught scenes, it smartly provides a welcomed reprieve that doesn’t sacrifice the movie’s tone. Perhaps the most compelling and emotional of these scenes is a monologue delivered towards the end. Exploring these issues without coming across as a PSA instead of a movie can be a bit difficult, but it manages to bring a lot of humanity to balance out its more conceptual aspects. #VaceOff #HesAWholeNewman #TheExMiles #CollinAllAngels #TwoOakGirls